AMUSU formation has an unpredictable history, As we know the introduction of Aligarh College was done by Sir Syed Ahmad Khan in the period when the Indian Society, precisely the Muslims were downtrodden. Their cultural hegemony had lost their existence and the century long rule from the lands of Dehelvi region (area consisting of western Uttar Pradesh, Delhi and some parts of Haryana) was breathing its last. There was widespread killing, plunder and mutinies. Among multidisciplinary factors involved in the annihilation of the stout supremacy, the most significant was the loss of political cognizance. According to Sir Syed, this lost faculty was because of the intellectual crisis that was prevalent due to the curse of conservatism, traditionalism and medievalism. Therefore, when he was on a journey to England, a new model was brought on the lines of Oxford and Cambridge. Based on the debating societies of the universities of England, an exact replica was carved out on the land Aligarh.

Seven years after the inauguration of Mohammad Anglo-Oriental College (MAO), Aligarh, the Siddons Union Club was established on August 26th, 1884. The primary goal of the founding father was to establish the debating skills in the students and make them able and confident enough to dodge contemporary competence. The first Principal of MAO College, Henry George Impey Siddons who was also a graduate of Oxford University held the opening ceremony of the club. Later in the year 1905, another principal of the College Theodore Morsion, formerly the English professor at the same college, laid the foundation stones of “The Siddons Union Club” on 22nd of February. Having gone through the struggle of 43 years of establishing a University, the first Vice-Chancellor of Aligarh Muslim University – Mr Mohammad Ali Mohammad Khan Raja Saheb of Mahmudabad renamed it as “Muslim University Students’ Union Club” in the year 1920. Also, he had inaugurated the new building that is the present-day Union Hall of AMU.

Before turning into a forefront Political platform, the Club had had the responsibility to hold debates on the burning topics related to multidisciplinary aspects. The core idea was to build the cognizance and give birth to political and educational awareness. Hence, debates related to the society polity and religion were entertained. Few among them were – This House is of the Opinion that Love Marriages are not happy, This House of the opinion that Wealth does more to produce crime than Poverty, Music improves Health, etc. Debates were organized twice a month, once in English and next in Hindustani language.

When the MAO College was turned into a University by the AMU Act 1920, the first President of the AMUSU was Mr KM Khuda Bux for the academic year 1920-21. However, after the independence and the partition, a new Union was formed for the academic year 1952-53, which is also known to be the first Official Students’ Union of the world. A constitution was drafted by Amin A Bulbuliya, which makes the Union autonomous in nature. The noteworthy point here is – the Aligarh Muslim University was able to establish a Union Platform much before the establishment of the Parliament of India.

Alumni who served outside the country

The students’ union body of AMU has been playing a significant role in building the future of Indian Politics. The history bears the testimony to its great roots that are stretched to the different corners of India. The way in which it underwent various trials and probations and came out victoriously speaks highly of the standards of the AMUSU. To this day, it is producing eminent leadership from the heart of India, who later on are serving the country at various levels. The Students’ Union election in AMU is celebrated like a festival. From active campaigners to strategy makers and advisors to the voters, all participate in this significant occasion. The final speech which is held a couple of days before the polling date has its own distinguished position. In the midst of tough competition and tussle, AMUSU is known to have conducted elections based on its traditional ethics (Aligarh Tehzeeb). 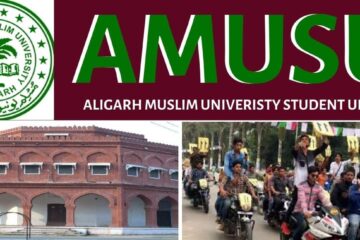 AMUSU – Aligarh Muslim University Student Union AMUSU formation has an unpredictable history, As we know the introduction of Aligarh College was done by Sir Syed Ahmad Khan in the period when the Indian Society, Read more… 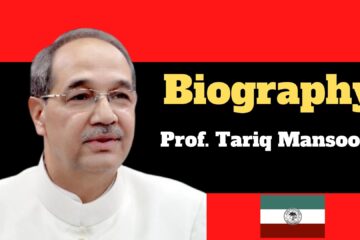